Kevin Dotson Gets It

Staff member
Today, Pittsburgh Steelers players reported to Heinz Field as their 2021 training camp is about to begin. There is no doubt that anyone made a better outfit choice than 2nd year offensive guard, Kevin Dotson.


Dotson showed up to Heinz field rocking a Jerome Bettis Super Bowl XL jersey. This is a man who gets it. I can’t think of a better way for an offensive lineman to show up to Heinz Field than wearing the jersey of the the NFL’s 8th all-time leading rusher.


Growing up a Steelers fan, I am sure Dotson has some fond childhood memories of watching “The Bus” help the Steelers get the “one for the thumb”.

Dotson is someone who has potential to bring a tenacity back to an offensive line that desperately needs it with all the turnover they went through this offseason. A tenacity that will remind SteelerNation of that 2005 Steelers team that featured Bettis’ power running style.


Now, Dotson rocking the jersey of a SteelerNation favorite, as well as a Hall of Famer that embodies the Steelers persona, doesn’t mean he is going to have a great season at the end of the day. However, it will quickly get all of SteelerNation cheering even louder for him and rooting for him to succeed, even though they were already.

Dotson is going to be a key piece to the Steelers having a successful offense, so let’s all give this new look offensive line some time to prove themselves.

Check out some of the other outfits of the players who should up today too!

The boys are back in tahn


Who do yinz think showed up in style the most? Comment below!

Support SteelerNation by clicking here to read the story..

This kid (Big Dot) is hitting the right notes with me. Let's GO!

Contributor whining about a tag

K-Dot isn't going to be any problem and for a second year guy I think many will be looking for him to lead the way. I know those OL will communicate amongst themselves as to training / eating / behaiver etc.. Keven has put in the work and now will showcase it. 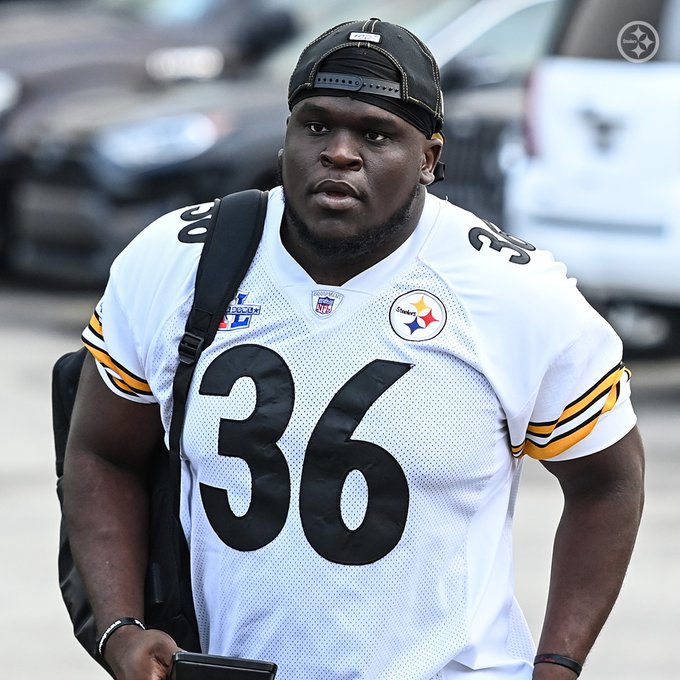 I see the Bus is looking fit as ever. Wheels go round n rounddddd.

Contributor whining about a tag

It's not just the Jersey but He grew up as a STEELERS fan. A lifetime STEELERS fan !!!!!! I love it

no way they were complaining about his shape. He looks great.
L