PFR’s MAV Stat Proves that Minkah Fitzpatrick Has Earned All $73.6M the Steelers Will Pay Him

PFR’s MAV Stat Proves that Minkah Fitzpatrick Has Earned All $73.6M the Steelers Will Pay Him

On Wednesday, the Pittsburgh Steelers finally put an end to the speculation. ESPN‘s Adam Schefter announced just around noon ET that the team had signed their All-Pro safety, Minkah Fitzpatrick, to a new contract extension, keeping him in a Steelers uniform until 2027. The deal sets the safety market, as Fitzpatrick will carry an average salary of $18.4M per year with $36M in guarantees, and with the potential to earn up to $73.6M for the life of the contract. Including this upcoming season, that number rises to $84M.

The new highest-paid safety in the NFL, Minkah Fitzpatrick is now locked in for 4 years, more than $73.6M, with more than $36M guaranteed upon signing. Very good news for a rising safety market. https://t.co/T8NSxsp9y7

Steelers’ Minkah Fitzpatrick on Becoming the NFL’s No. 1 Highest Paid Safety: “I just want to keep on chopping”

His accomplishments through just four years in the league are astonishing:

PITTSBURGH, PA – NOVEMBER 10: Minkah Fitzpatrick #39 of the Pittsburgh Steelers celebrates with Devin Bush #55 and Kam Kelly #29 after recovering a fumble for a 43-yard touchdown in the first half against the Los Angeles Rams on November 10, 2019 at Heinz Field in Pittsburgh, Pennsylvania. (Photo by Justin K. Aller/Getty Images)

Fitzpatrick finished last season with 124 tackles. That’s the most by a Steelers DB in team history and it led the NFL for defensive backs as well. It’s even top 20 in most tackles by a DB in a season in NFL history. Last year is an outlier to Fitzpatrick’s true skillset, though. Instead of being the ballhawk, field roaming centerfielder the Steelers want him to be, he was a last line of defense.

Opposing teams have thrown for 300+ yards against the Steelers’ secondary an NFL-low three times since they acquired Fitzpatrick in 2019 from the Miami Dolphins. He is the only DB to record at least 11 INTs and 4 forced fumbles since 2019. That is what they expect out of Fitzpatrick, and that’s the effect he’s had. His new contract reflects that.

Per Pro Football Reference‘s Most Approximate Value stat, Fitzpatrick ranks first for all safeties with a 36 MAV score. Justin Simmons scores second, a whole three points behind at 33. Fitzpatrick also ranks 2nd out of all defensive backs, only trailing Jalen Ramsey (38 MAV). The Steelers made him the highest-paid safety for a reason. 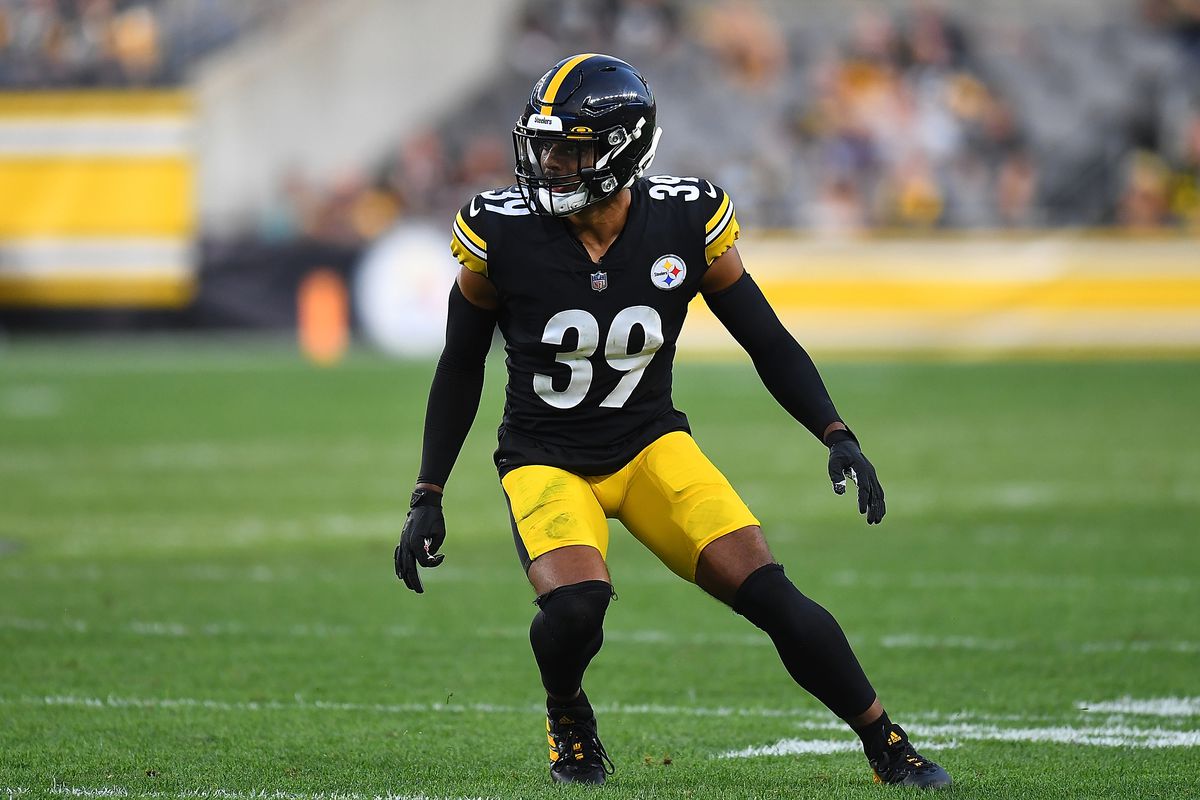 A substantial and underrated aspect of Fitzpatrick is he has been available. He has played in 16 games every season of his career, including 46 for the Steelers.

Most importantly, Fitzpatrick has been an integral part in the community. Fitzpatrick launched a campaign through Allegheny County’s KidsVoice, an agency that advocates for abused and neglected children, before last season. He did more than raise awareness, as he pledged $39 (his number) for every single tackle he made last season and every turnover the team makes. As we know, he led the league in tackles for a defensive back with 124.

“The main reason I wanted to start it is because I don’t play football just for the money and fame,” said Fitzpatrick. “I play because I love it, and there is so much opportunity to help out. That is why I created the foundation. It’s our outreach, my family and I, to be able to help and give back.”

What do you think, #SteelerNation? Is Minkah Fitzpatrick worth the massive contract he just signed? Comment down below or at my Twitter, @anthonyravasio.