Can Steelers WR Chase Claypool Turn his Reputation Around in 2022?

Can Steelers WR Chase Claypool Turn his Reputation Around in 2022?

Steeler Nation has had enough of diva wide receivers (hopefully). Third year starter, Pittsburgh Steelers wide receiver, Chase Claypool has given the team some incredible moments over the last few seasons, and quickly became a fan favorite for his incredible athleticism and backyard ability. He became a solid “Go up and get it” type of wide-out for the Black and Gold and served as a cornerstone receiver in 2021 when JuJu Smith-Shuster went down with a season-ending injury in Week 5. 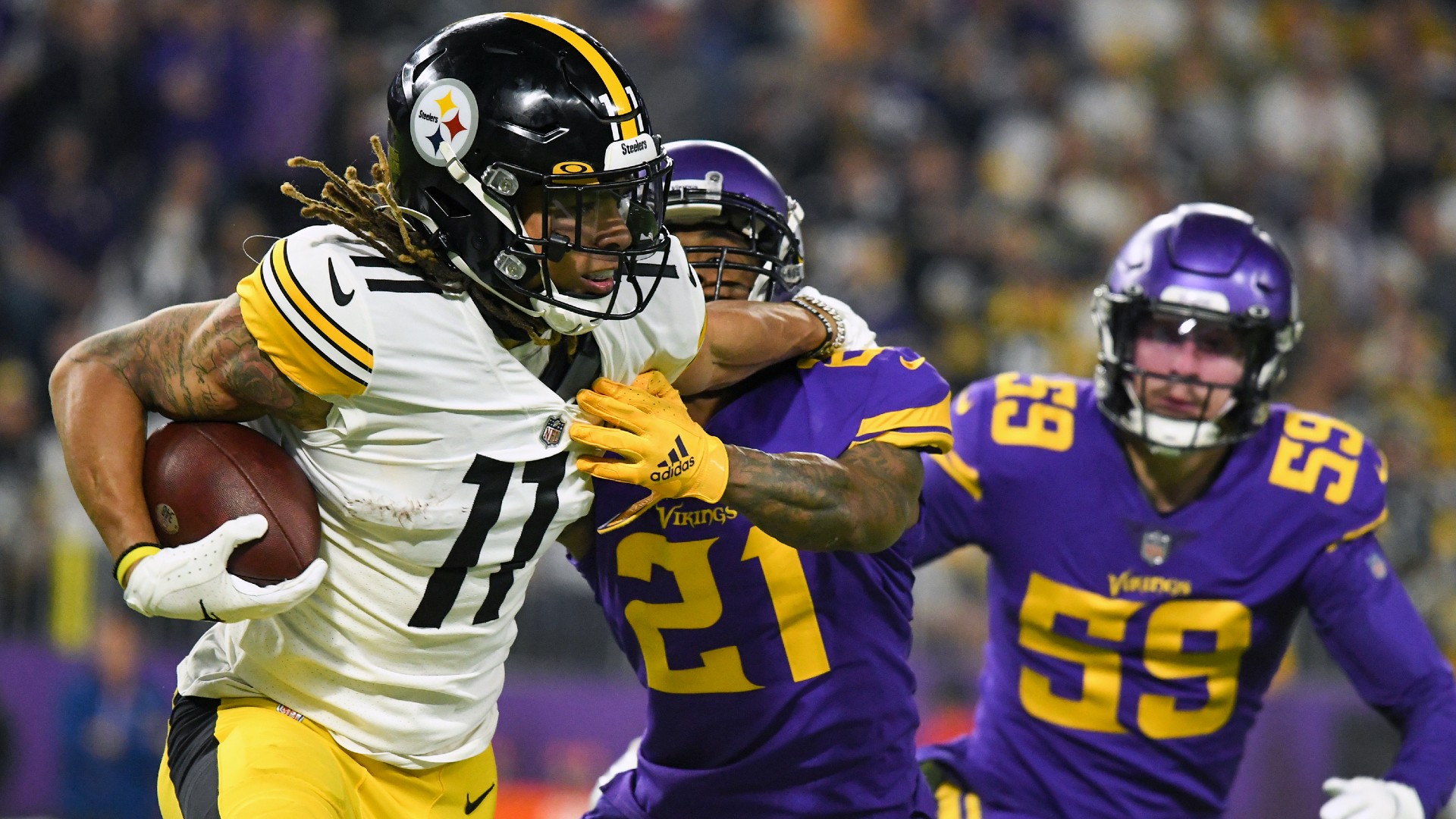 While not the go-to receiver for the now-retired Ben Roethlisberger (Diontae Johnson is a tough guy to beat), Claypool served an integral role in helping the Steelers offense limp to the finish line, finishing 23rd overall in yards/game. Much of those negatives weren’t due to Claypool’s antics over the course of the season, but most would argue that they certainly didn’t help; in fact, they just gave an extra headache to Steeler Nation watching a truly car-crash level offense.

Still, despite all that, Claypool had a nearly carbon-copy level sophomore year, with around 860 receiving yards and about 60 receptions. After again averaging around 55 yards/game for the second straight year, the only stat missing was touchdowns (go figure). Claypool only snagged two scores during the entire 2021 season, compared to his nine in 2020. Although the lack of touchdown production wasn’t great, most fans still saw Claypool as an irreplaceable feature in the Steelers offense.

“Mapletron” was on his way to becoming a staple in Steelers culture.

However, it wasn’t all roses for the kid out of Notre Dame. Mixed in with the amazing highlights, acrobatic catches, and end zone celebrations, was a truly unhealthy dose of diva. Steelers fans everywhere cringe at the memory of the now-infamous Thursday Night Football matchup against the Minnesota Vikings, wherein the Steelers nearly completed a 29-point comeback victory in Minneapolis. They would be denied on the last play to lose by eight, but probably could’ve had another shot if it weren’t for a truly boneheaded move by Claypool, who decided to celebrate a fourth down conversion with little time left on the clock, wasting valuable seconds.

But I don’t have to remind you all of that horrible night: I’m sure you remember it.

And so does Claypool, who apparently uses that for fuel.

“People spin it like I don’t care, but I do care. I do work my *** off. Every day. And I’ll keep doing that until I’m the best receiver in the league.”

Best in the league may be a stretch, but that’s the mindset necessary to compete at an NFL caliber level. His days as an immature newbie are officially over, especially when you look at the cast of characters around him. Chase Claypool, who will be only 24 years old when the 2022 season starts, is poised to be one of the most experienced players on the Steelers offense alongside the aforementioned Johnson.

Claypool was recently given a chance to show this confidence to the media, which he promptly wasted no time on. Featured on the I Am Athlete Podcast, Claypool showed the world that he has no plans of settling into a role player style of career. 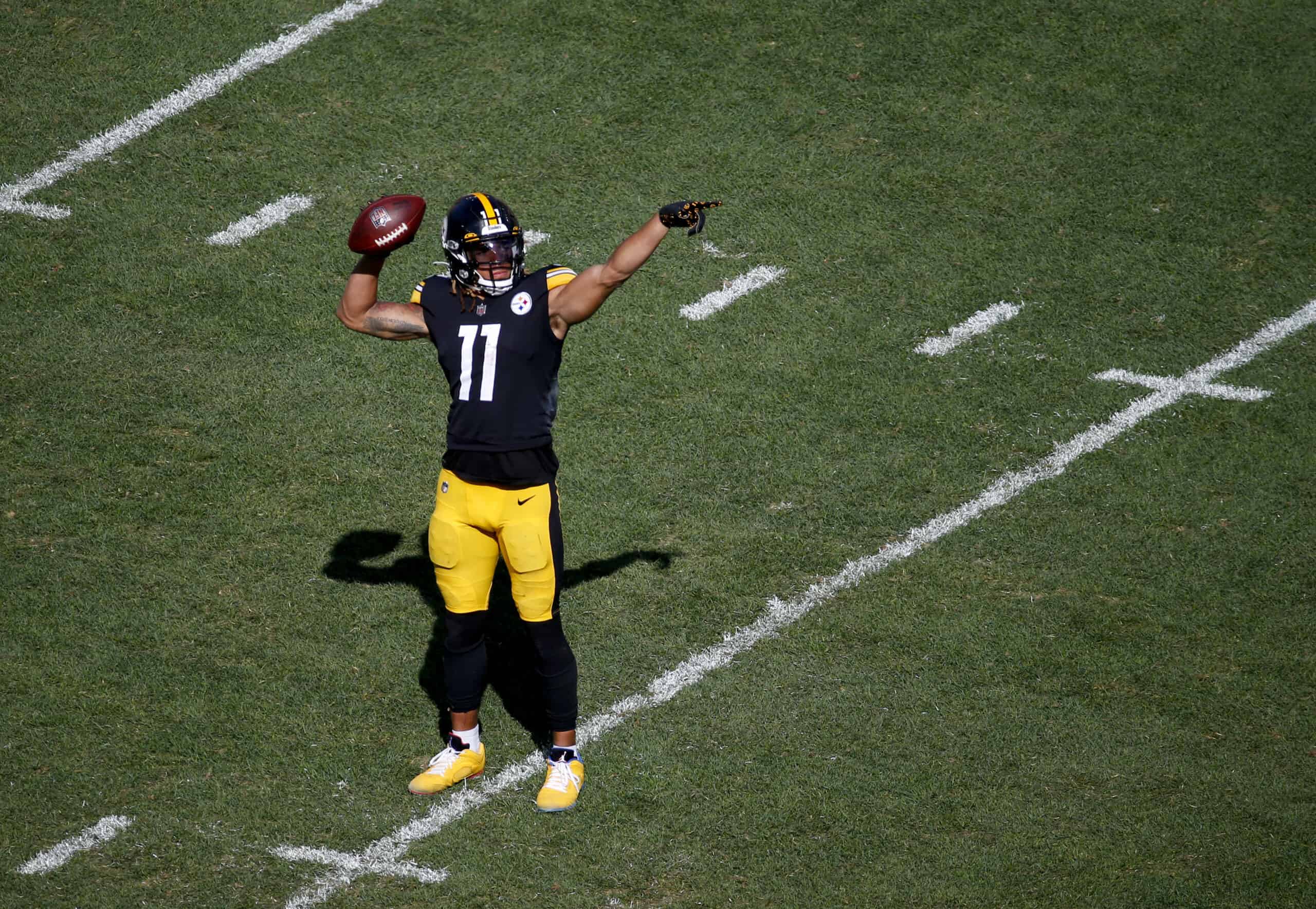 That begs the question: can Claypool be that dedicated role model?

It certainly seems like he’s ready to take that responsibility as his own. While no one in Pittsburgh is expecting him to change who he is as a player, they are hoping that he takes on a role as the first in and last out. The team is going to need it, considering just how young and inexperienced they are. Claypool is going to have to step up his role as a motivator, not just a follower. The current QB room only emphasizes that further; Roethlisberger had more NFL experience than all four current quarterbacks combined. If the Steelers are going to shock the league as the new kids on the block, players like Johnson and Claypool are going to have to reveal themselves to be leaders by example.

Just like the 6’5″ Claypool, it’s a tall task. Steeler Nation is cautiously optimistic that Claypool can reverse his perception as a diva wideout and lead this group of young bucks to the promised land. Either way, the next two years will greatly determine whether or not the Steelers want to keep Claypool around in Pittsburgh: hopefully, he’ll be worth the trouble.

Can Chase Claypool turn into a franchise wide receiver? Let us know in the comment section below!

Steelers’ Mitch Trubisky Will Absolutey Have a Breakout Year in 2022
Steelers Rookie LB Mark Robinson: “I definitely feel like every team besides this organization didn’t believe in who I was”