The Mason Rudolph Experiment Has Failed: It’s Time to Move On

The Mason Rudolph Experiment Has Failed: It’s Time to Move On

The Pittsburgh Steelers refuse to admit that Mason Rudolph needs to pack his bags.

After the hype and fanfare concluding the 2022 NFL Draft, fans had high hopes that former Heisman candidate Kenny Pickett would at least see some playing time in the upcoming 2022 season: that looks like that might not be the case now judging from what we’ve seen so far in organized team activities (OTA’s).

While the realistic Steelers fans knew that Pickett would most likely sit behind free agent signing Mitch Trubisky for a year or two, very few were happy to see that the fourth year Oklahoma State quarterback Rudolph was taking reps as the second string quarterback this week. Though he had slight flashes of a somewhat solid starter, Rudolph was given chance after chance during his three years in Pittsburgh, but to no success. 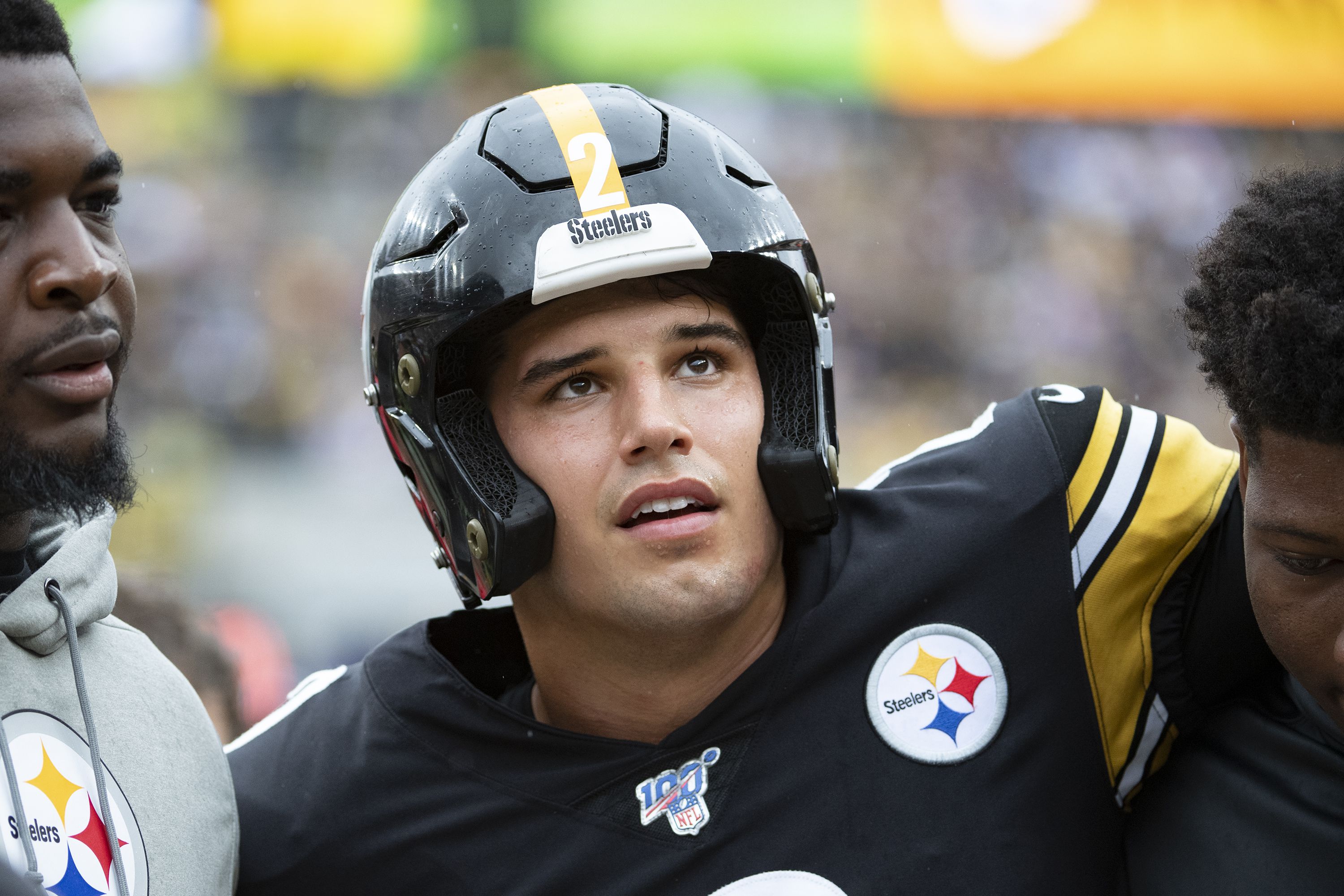 Granted, being compared to Hall of Fame talent Ben Roethlisberger is an unreachable bar to aspire to hurdle. But, due to Roethlisberger’s injury bug throughout the latter years of his career, Rudolph would get his chance to shine in an offense with some serious firepower. Needless to say that, even for a backup guy, his performances left fans clawing for Roethlisberger to return. Even so, his stats weren’t horrible by any standard.

His largest chunk of starts came in 2019, when Roethlisberger went down with an elbow injury. He would start in half of the games that season, putting up a decent 5-3 record. His stats were backup level, of course, with 13 touchdowns and 9 interceptions. Steeler Nation certainly appreciated Rudolph’s ability to step up and right the ship when it mattered, but he clearly wasn’t anything close to Roethlisberger’s successor.

The Steelers had set Rudolph up with an absolutely electric offensive core, with running back James Conner and wide receivers JuJu Smith-Schuster and Diontae Johnson. With his former Oklahoma State buddy James Washington serving as a legitimate third option, Rudolph had every chance to blow our expectations out of the water. With Steeler Nation being so used to Hall of Fame levels of quarterback play, Rudolph ended up being the most frustrating type of player: mediocre. 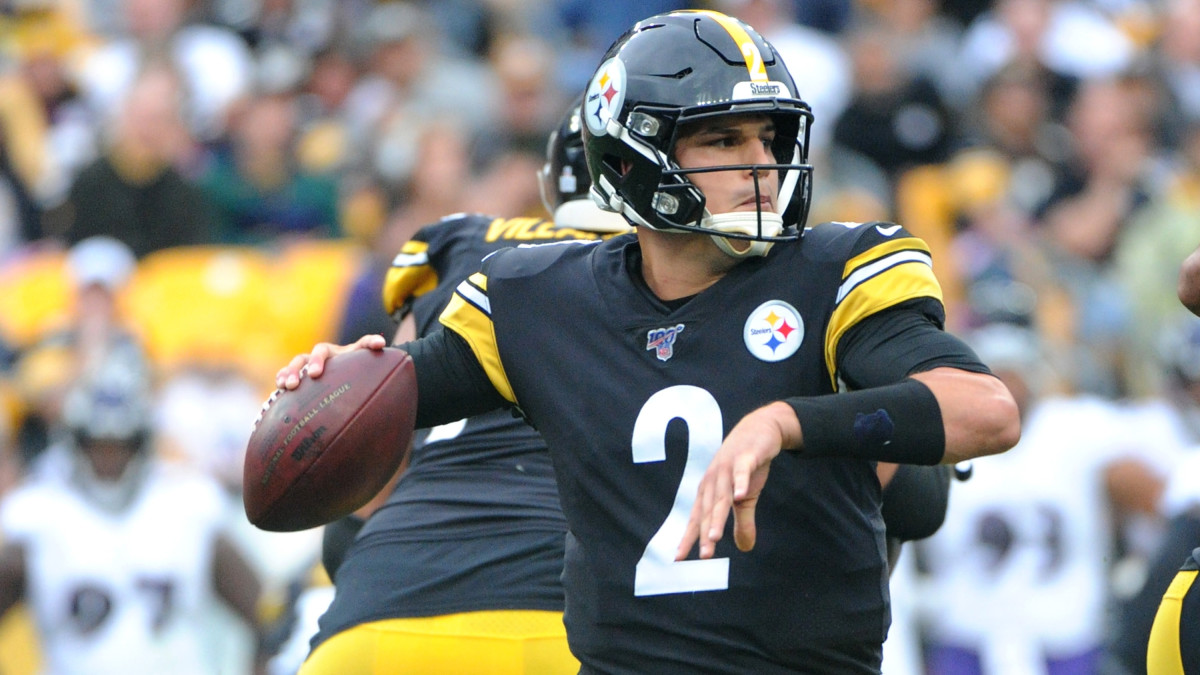 Rudolph would only start one game the following season, a week 17 matchup against the Cleveland Browns that saw Roethlisberger (and other key starters) taking a rest before the 2020 playoffs. The Steelers would lose that game, despite Rudolph playing somewhat well, and the 2019 3rd round pick would only get one more shot in 2021, a game against the lowly, winless Detroit Lions.

After getting placed on the COVID-19 list, Roethlisberger was forced to sit during the November matchup at Heinz Field. Rudolph would step in, and lose the few fans he had left.

Mediocrity plagued Rudolph yet again, as he completed 60% of his passes for 242 yards, 1 touchdown and 1 interception. This might have been admirable against a defensive powerhouse like the Buffalo Bills or New England Patriots. Instead, he put up forgettable numbers against a team that would finish 3-13-1. This put a permanent bad taste in the mouth of Steelers fans, rendering Rudolph finished in Pittsburgh. Or so we thought.

The Steelers’ front office refuses to give up on Rudolph, determined that they can shape him into one of the best backup quarterbacks on the market and possibly a starter. Fans are unfortunately privy to impatience however, and Rudolph was given chance after chance to prove his worthiness. Now, with four quarterbacks filling the training camp roster sheet (Chris Oladokun is also trying to make some noise), Rudolph should be feeling the pressure. Steelers fans everywhere have emotionally moved on from Rudolph, and to have him as the go-to backup for the 2022 season is a move that raised some eyebrows everywhere.

Whether Rudolph is able to beat out Pickett in this upcoming offseason remains to be seen in the coming months, but I know who Steeler Nation wants, and it’s definitely not the man who couldn’t beat a winless team.

Steelers, Eagles Have Been Playing Illegally On Sundays Since 1933 According To Little Known Pennsylvania Law
Steelers TJ Watt Says He Isn’t An ‘Indivdual Goal Guy’ Only Wants To Be A ‘Game Wrecker And Win A Super Bowl”