Can Steelers 2022 Free Agent Signing Myles Jack Explode into being the Next Franchise Linebacker?

Can Steelers 2022 Free Agent Signing Myles Jack Explode into being the Next Franchise Linebacker?

Slated to be the next installment in a long line of incredible Pittsburgh Steelers linebackers, can he live up to the hype?

Myles Jack, drafted in the second round of the 2016 NFL Draft, has proven his worth for the Jacksonville Jaguars during his time, and contributed heavily to the now infamous “Sacksonville” defense of the 2017 season. As a part of one the most head scratching one-hit wonder teams of the last 20 years, the former UCLA Bruin would serve as a starter for the Jaguars for five seasons before being released by the team in 2021. Quickly he would move, though, signing with the Pittsburgh Steelers soon after. 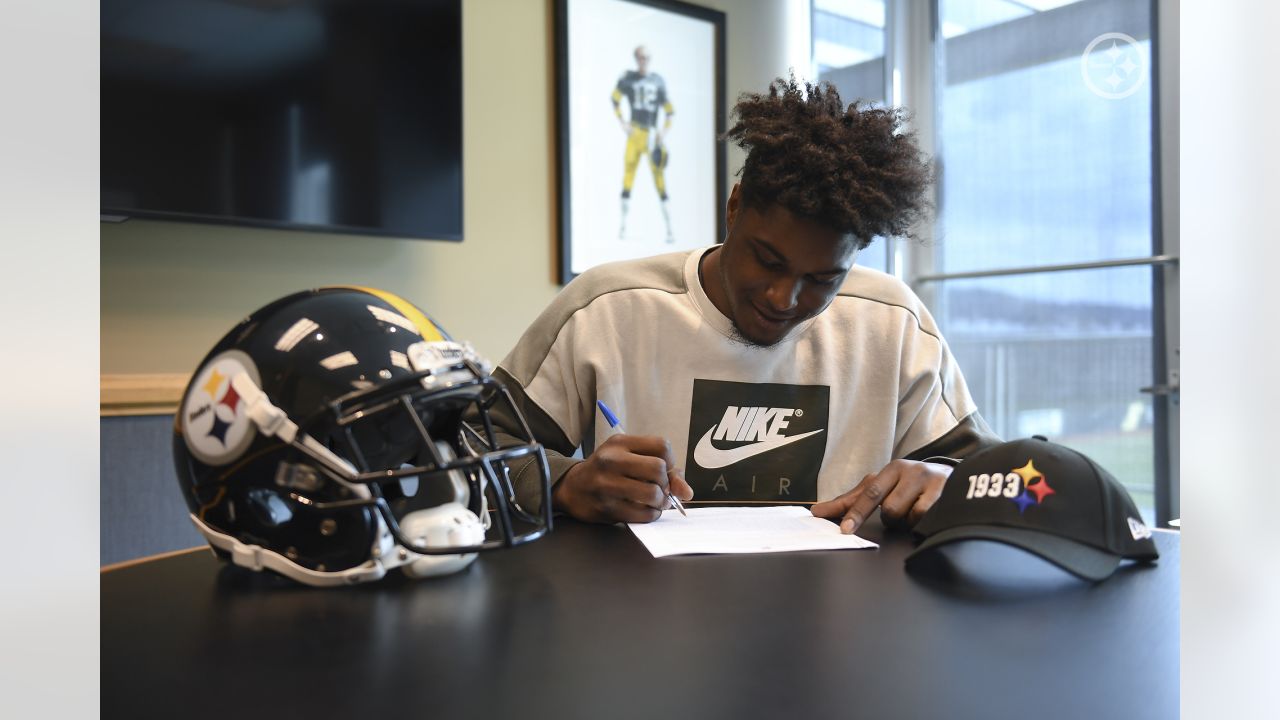 This signing left Steeler Nation excited, but divided: Was he worth his two-year, $16 million price tag?

Usually, the linebacker position demands a lot from one player, and oftentimes requires an all-around special type of man for the job. Steelers fans are well accustomed to this, having one of the most star studded linebacking rooms in NFL history. Legendary men like James Harrison, Jack Lambert, Greg Lloyd, and Jack Ham all gave the organization countless highlights, splash plays, huge moments, and Super Bowl wins. Myles Jack now enters the fold, sharing the same locker room that once graced these superstars. And the Steelers need his talents: they’ve been seriously lacking since a fan favorite went down.

Ryan Shazier remains one of the biggest what-ifs in the history of the league, and still holds a place in many Black and Gold faithful’s hearts.

Despite his career being cut short way too early from his nasty collision during that fateful 2017 game against the Cincinnati Bengals, Shazier remains a part of the Steelers organization to this day; not with his play, but with his leadership. Still, Steelers fans are dearly missing his contributions.

The Steelers have yet to replace Ryan Shazier’s talent, despite five years of drafting to do so.

A revolving door of sideline to sideline linebackers over the years have left us uneasy about the position. At such a versatile spot (TJ Watt and Ryan Shazier are both linebackers, yet also entirely distinct players), a ball hawk with horizontal vision is needed to shore up the defense. Fourth-year starter, Devin Bush is expected to have a make-or-break season in 2022, with his contract and livelihood on the line. Overall, Bush has not met the 10th overall pick standard that many in the league imposed on him in 2019.

While he has also dealt with injury in his short stint with Pittsburgh, his contributions to the team are lacking, to say the least. This upcoming year, he will have to prove his worth to the team, front office, and city.

Now Myles Jack steps in, with a much more veteran approach to the game.

As a part of what was such a devastatingly good defense in 2017, expectations are sky high for the seven-year veteran. But, despite massive team success during that single season, Jack remains an ultimate question as to whether he is considered an elite linebacker. With some injury troubles in the past, many in the media are skeptical, ranking Jack consistently in the lower tier of his position heading into 2022. Even so, his skills are certainly an upgrade from the cascade of mediocrity emanating from the roving linebacker group since 2017. While not blisteringly fast, Jack has an innate ability to always follow the ball, positioning himself nicely to secure tackles and stop an offense in its tracks.

Jack finished his career in Jacksonville as one of their leading tacklers every season since his second year in the league. While he may not necessarily be a standout in all capacities, Jack knows how to get to the ball carrier and make necessary stops. With a run defense as porous as the Steelers in 2021, they’re going to need a solid run-stopping linebacker. After all, Minkah Fitzpatrick led the team in tackles last season (it’s never a good sign when a safety needs to tackle that much over the course of a campaign).

Can Myles Jack be the next franchise guy? He’s not likely to develop any further than he already has, but it’s possible.

With his blend of ball vision, quick movement, and solid tackling ability, expect Jack to contribute more than any other linebacker since Ryan Shazier. He’ll most likely stand out as a big fish in a significantly small pond in 2022, giving Steeler Nation a much needed break from the constant headaches they endure watching a slew of missed tackles, broken plays, and underwhelming run prevention. Jack will shore most of those problems up; not perfectly, but he’ll make them manageable. He will serve as a much needed addition to a fierce and expensive defense, while also putting constant, unrelenting pressure on Devin Bush to succeed and breakout this year.

It’ll be tough to justify that price tag for a linebacker, but he will turn out to be the most useful and dependable of the bunch in 2022. It remains to be seen whether he contributes his worth, or succumbs to the injury bug. But for a team that hasn’t replaced Shazier’s talents at such a critical position, he’ll prove to be not only welcome, but necessary.