Steelers’ Astounding RB1 Najee Harris will Tear the League Apart in 2022: Here’s Why

Steelers’ Astounding RB1 Najee Harris will Tear the League Apart in 2022: Here’s Why

Rookie standout for the Pittsburgh Steelers in 2021, Najee Harris hopes to keep the gravy train moving. In his only year of league play, Harris dazzled and amazed with his downhill style, his relentless attitude (which certainly stood out on the field), and his uncanny ability to serve as a bell cow rusher and receiver for the aging Ben Roethlisberger to lean on when necessary. Combine 1,200 rushing yards and 7 touchdowns with an additional 467 yards and 3 touchdowns through the air, and Steeler Nation quickly realized that, yes, Harris was indeed worth his first-round caliber.

Provided he stays healthy (fingers crossed), Harris and fellow rookie in 2021 Pat Freiermuth should be wowing crowds and shouldering the burden of the offense for years to come. Harris, though, is slated to not just enable the offense: but entirely dominate it.

Harris’s first NFL-level off-season is showing a return on investment that far outweighs any prediction, however optimistic they might be. After reports of Harris’s size dramatically increasing (though he has since denied those claims), fans can’t help but see the physical difference between the dominant downhill runner from Alabama, and the absolute Derrick Henry-sized powerhouse now on the Steelers roster.

Off the field, Harris continues to keep his nose clean and prepares for the Steelers 2022 season

Some in Steeler Nation got slightly concerned when a video surfaced of Harris chopping it up with former Pittsburgh superstar turned national pariah, Antonio Brown at a Fan Controlled Football game. Two stars who both spent time in the spotlight and good graces of the league, and one still basking in it. While the alarm bells were ringing for some, most brushed this off as a casual encounter. Either way, Harris himself had bigger plans to become the best running back in football. And they started with training with the one and only: AP.

Adrian Peterson is a legend in his own right, and Najee Harris consistently praises him, even if he plays more like a Derrick Henry type. Maybe that’s why Harris specifically trains at “O Athletik” gym in Houston, Texas after the regular season ends. Not just this off-season, either. Harris has been in close contact with Peterson since before the 2021 NFL Draft, when Harris was just a wide-eyed kid dominating the line of scrimmage at Alabama. The relationship between the two sends electricity through the spine of any Steelers fan who remembers when Adrian Peterson was in the prime of his career.

Not to mention Peterson’s longevity (hopefully something he can pass on as well). 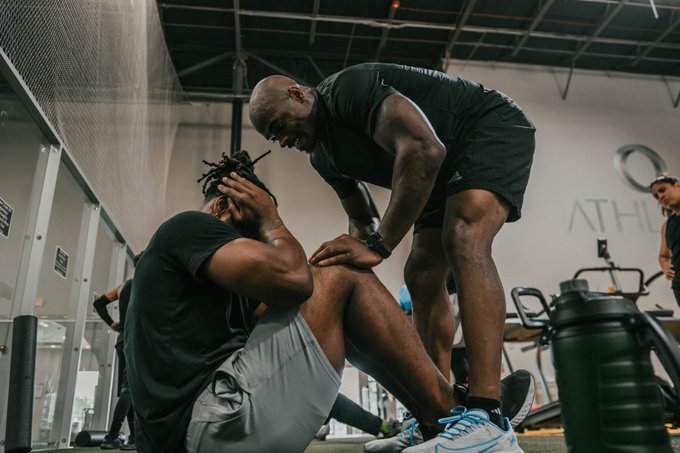 The size, the training, the 6% body fat (yes, really). All of these things are fantastic for Harris’s future prospects. But nothing hits quite the same as a revamped team around you. And Harris had the largest shakeup of any starting running back in football during this off-season. A newer, younger offensive line serves to give Harris some headway in his search for yards before contact, although he can clearly handle that contact on his own. Harris kept those legs churning in 2021, gaining a total of 675 yards after contact, good for third best in the entire NFL. Now, he can add that onto whatever extra distance he will cover before even being sniffed at by the opposing defense.

After adding Mason Cole and James Daniels to the offensive line, the Steelers are looking to force their way into a breakout year for Najee Harris.

That’s just up front. Harris will have young blood around him at skill positions too. The aforementioned Freiermuth is growing into a solid security blanket for the slew of young quarterbacks who might start Week 1, most likely either Mitch Trubisky or Kenny Pickett. The wide receiving core is due for a twist as well with rookies George Pickens and Calvin Austin III proposing to fill in for the departed JuJu Smith-Shuster.

All in all, this Steelers offense is young; the oldest projected starter is only 26. Harris is no longer tied to a lackluster run blocking unit (coming in at a jaw-dropping 30th place in the league), or an offense that couldn’t scratch the 30-point mark more than once all year. 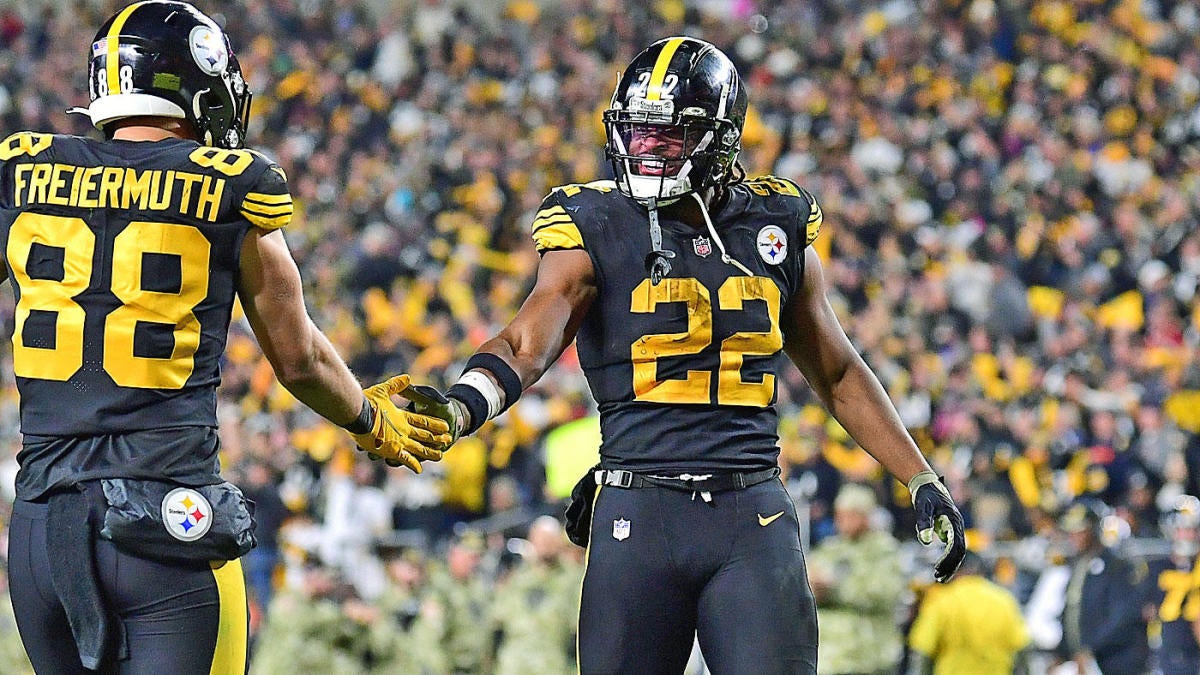 Break those shackles, Harris. Let’s see what you can do with a real offense behind you.

Harris continues his work during Steelers Training Camp, and is widely expected to remain in the top five in rushing in the 2022 season. He’ll certainly have his slew of chances, ranking number one overall in total touches during the 2021 season with 381. Massive offensive overhauls aside, there’s no reason to doubt that Harris will receive that kind of treatment again. Despite leaving practice with an apparent left foot injury earlier this week, it is not considered anything serious, and we should see Harris back in action soon.

Expect Harris to have an absolute highlight-reel season in 2022. With his increased training regimen, his reported increase in size, and his new quarterback/revamped offensive line, Harris will have no issue punching above his rookie numbers: in fact, he might crush them. That is, of course, if he needs to be relied on as much as he was during a sputtering offensive campaign in 2021.

Even if he isn’t, I can’t imagine a world where Steeler Nation doesn’t love their new and improved bell cow.