Will TJ Watt End His Career As The Best Defensive Player in Steelers History?

Will TJ Watt End His Career As The Best Defensive Player in Steelers History?

One of the best defensive teams in NFL history: one man to upend all of it.

Reigning Defensive Player of the Year winner, Pittsburgh Steelers‘ TJ Watt, is cementing his legacy as one of the best to ever lace up on the field. His statistics easily top every other player at his position, and Watt is consistently seen as the best player on the field at any given time. The only other comparable defensive monster in the current NFL is Aaron Donald, who might go down as a top 5 defensive player ever. The best possible company is who TJ Watt bumps shoulders with, so can he go down as the best in Steelers history? 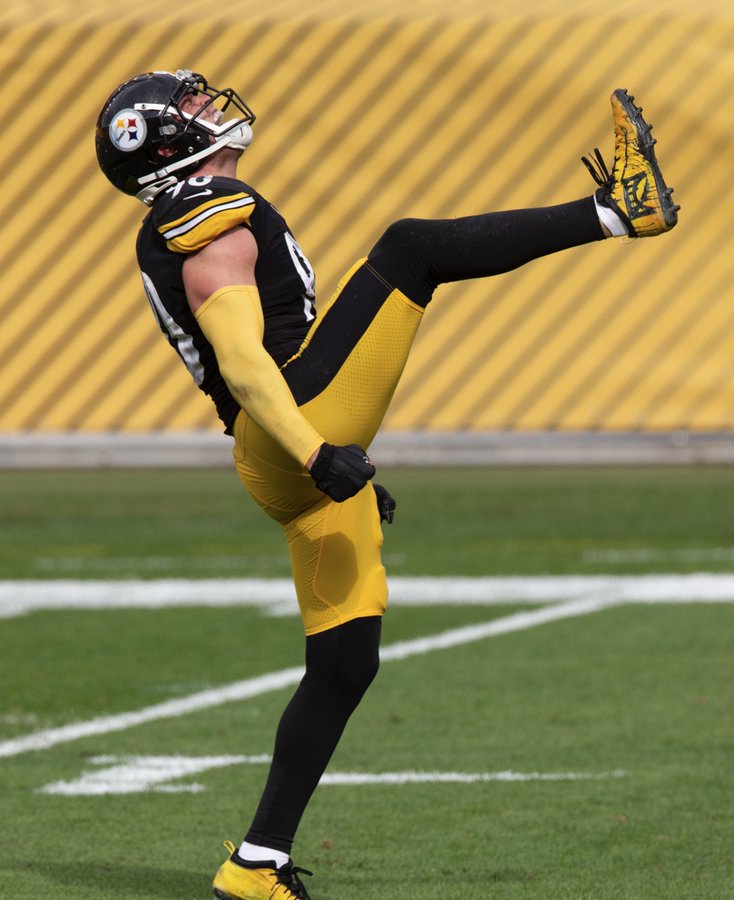 What a laundry list of legends to live up to.

The heads of Steeler Nation start to spin when recounting Pittsburgh legends on the defensive side of the ball. The current (albeit somewhat disputed) top dog of Steelers defense is Joe Greene, who catapulted the Steel Curtain dynasty in the 1970s and uplifted the Steelers franchise out of poverty and into greatness. Four Super Bowl wins and 10 Pro Bowls later, Greene has held onto the top spot for over four decades since his retirement in 1981. Other phenoms have come and gone, but Joe Greene (and his Coke commercial) remains on the throne of Steelers defensive players. 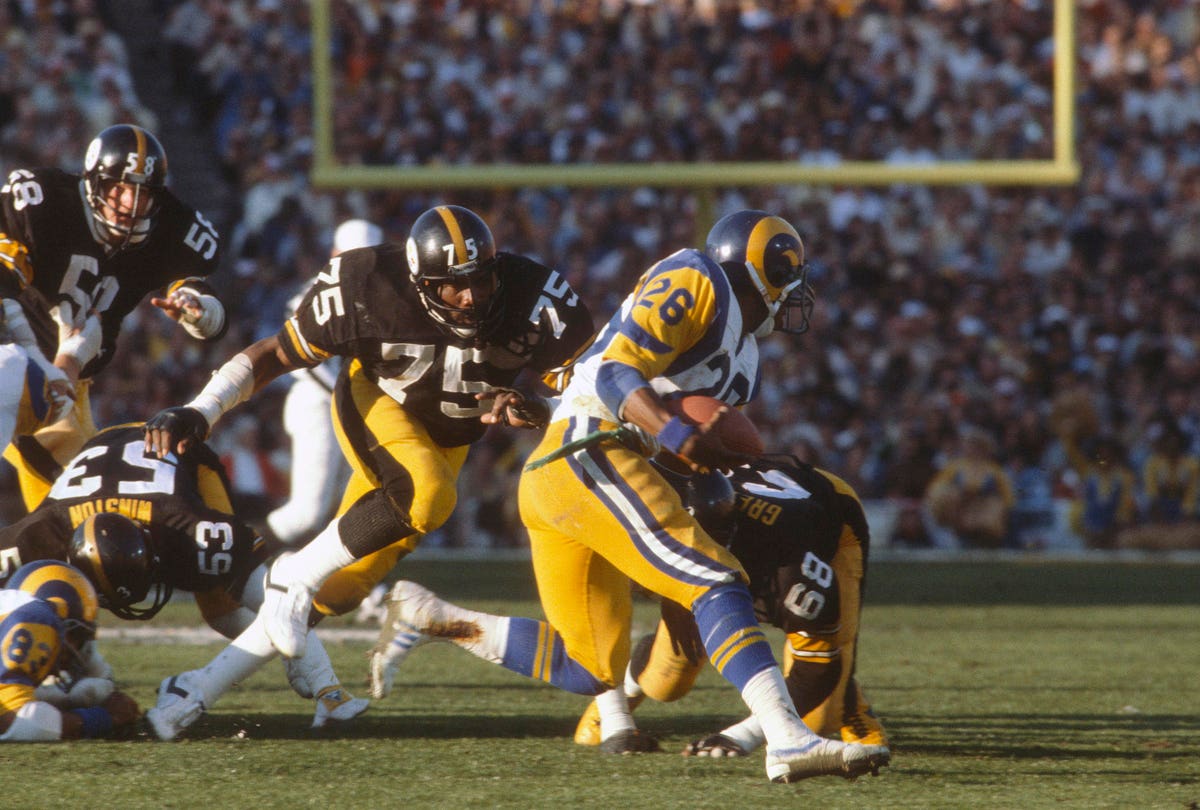 Let’s not forget to mention Jack Lambert, either. The toothless monster that served as an integral force on the Steel Curtain was commonly seen as one of the scariest linebackers in football during his prime. His personal brand of 100% physicality and demoralizing smash mouth play puts him high on this list as well: to some, he’s the clear number 1.

Close behind him, though, are more modern figures. Outside linebacker, and most terrifying player in the 2000s, James Harrison sent shivers down the spine of every single quarterback he ever faced. Maybe it’s rose-colored glasses, but Harrison may have been the best defensive player on the team during that era, though that title could also equally be given to the poster child for dazzling backfield play: Troy Polamalu. 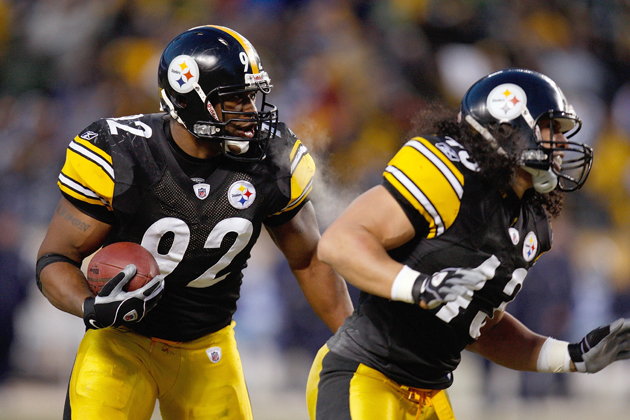 All these phenomenal players, all Hall of Fame-caliber with Super Bowl championships under their belt, could easily take the spot as the best in franchise history.

But here comes a kid from Wisconsin, ready to shake things up.

TJ Watt was a standout from the moment he stepped onto the field, racking up 2 sacks and an interception (in 3 quarters of play) on the way to a Steelers win over the Cleveland Browns. Steeler Nation was ecstatic. At this point in 2017, James Harrison’s time in Pittsburgh was coming to a close, so the torch needed passing: clearly, Watt was the guy for the job.

Five seasons later, Watt hasn’t slowed down. In fact, he’s continually gotten better every single year into his career. Watt has already secured another four seasons with the team after a $112 million dollar extension – at the time, the highest paid defensive player in the entire league (once again, Aaron Donald has him beat).

No buyer’s remorse here: Watt had one of the best defensive seasons of all-time in 2021.

Despite a struggling team whose offense could barely tread water, Watt would keep his head down and dominate, tying the record for sacks in a season with 22.5 (now comes the part where you point at anyone who says Myles Garrett is better, and laugh in their face). Watt now holds 3 of the top 5 spots in franchise history for that same statistic, reaching above and beyond players like the aforementioned Harrison (who sits at No. 2 with 16) and Mike Merriweather (remember him?). He’s just getting started, too. Harrison’s career lasted 15 years, who’s to say that Watt can’t go that long as well?

TJ Watt has packed a Hall of Fame career into a five-year stint.

So far through his first five seasons, Watt has the hardware to back up his argument for best in Steelers history, though he still has a ways to go. 4 Pro Bowls, 3 First Team All-Pro selections, a Defensive Player of the Year Award (it should be two, but who’s counting?), and number 3 on the Steelers official sack list. Technically, Watt is still behind both Harrison and Greene, but Watt’s efficiency is through the roof. He averages 14.4 sacks per season, while Harrison and Greene both hover around 5-6. Most would say that it’s too early to tell, but the Steelers certainly don’t think so. $110+ million tells me that the organization is banking on him to produce for years to come.

If Watt has a 10-year career with his current production, he will have 144 sacks when he hangs it up, good for 6th in the history of the NFL (9th if you see the unofficial list as the legitimate one).

Right now, though, Watt is just working on the franchise record. It’s no small task, but he only needs one season’s worth of sacks to break it. Any rational fan would guess, then, that Watt will retire with the most sacks in the history of the Steelers organization, overtaking Harrison, Greene, Lambert, and the like.

To me, it’s obvious. While no one can spell out the future for certain, any person seeing the type of numbers that TJ Watt puts up can easily surmise that the crown will be removed from the head of Joe Greene and placed on Watt’s.

That is, provided that TJ secures another piece of hardware, the most important one of all. 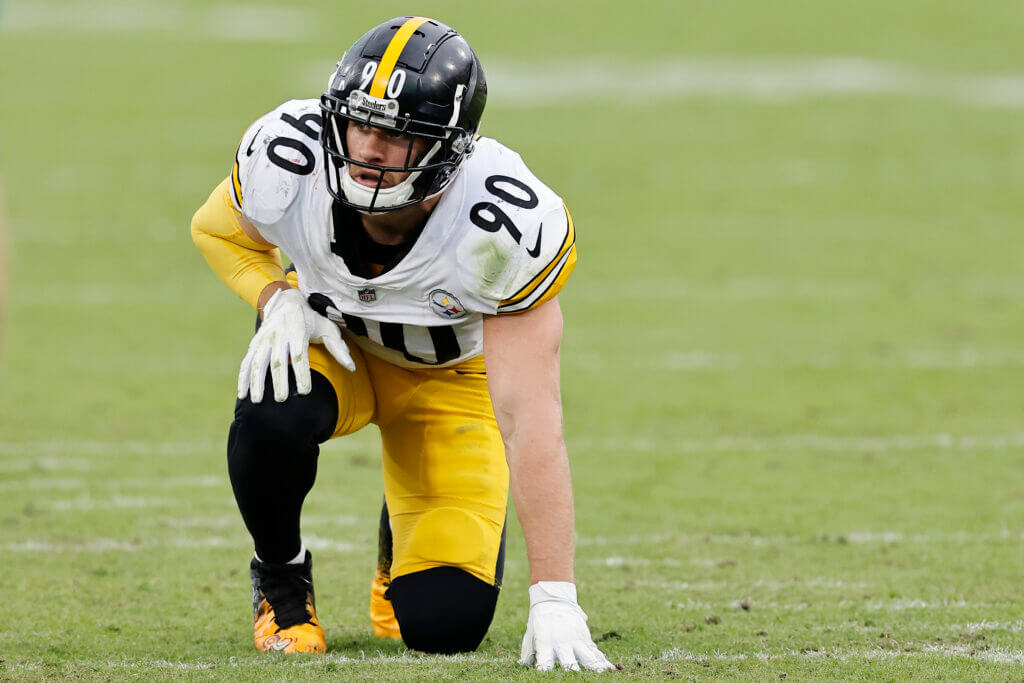 Photo via The Athletic

A Super Bowl win is all that’s needed at this point. Winning four of them in six seasons isn’t expected of any team anymore, and arguably would not impact Watt’s comparisons. However, not winning a ring would hamper the argument greatly. After all, the ring is all that matters. Did you help your team come out on top?

If the answer to that question can be yes by the time TJ Watt retires, he will wrap up his career as the best defensive monster to ever play in the Black and Gold. He’s already well on his way.

Will TJ Watt be the best defensive player in Steelers history? Let us know in the comment section below!

The 40-Point Drought: Can the 2022 Steelers Break this Miserable Streak?
Steelers Top 3 Projected Starters That Could Be Replaced