Ahead of his Time: Former Steelers Quarterback Kordell Stewart Would’ve Absolutely Been a Superstar in the 2020’s

Ahead of his Time: Former Steelers Quarterback Kordell Stewart Would’ve Absolutely Been a Superstar in the 2020’s

Kordell Stewart is long-since retired from his playing days as the Swiss Army Knife for the Pittsburgh Steelers of the late 90’s and early 2000’s. Over 20 years later, “Slash” remains as a large question mark. Most of Steeler Nation have moved on to admire a significantly better quarterback who arose only a few years after Stewart’s retirement from the NFL. No disrespect to Stewart, but how can someone compete with the two-time Super Bowl Champion and franchise leader in Ben Roethlisberger?

Peek behind the illustrious career of Roethlisberger though, and you’d find a slew of quarterbacks vying for the spotlight on the best franchise in football.

Between the time of Terry Bradshaw and Roethlisberger, there were signal-callers left and right trying to lead Pittsburgh to the promised land. With head coach Bill Cowher on deck and ready to go, some got close, but none were successful. Still, among the best offensive leaders of that two-decade long stretch, Kordell Stewart has to be mentioned in the upper echelon.

Let me take you on a journey. Leave your rose-colored glasses at home: you won’t need them.

Late 1990’s. Imagine a quarterback that played with such a style that wouldn’t be readily accepted and utilized until the late 2010’s, where it would become the preferred option for most offensive coordinators. Imagine a signal-caller that could outrun the vast majority of the opposing players on the other side of the ball with his 4.40 40-yard dash time, and imagine that very same quarterback could also sling it 70 yards through the air with ease.

A physical specimen, a fan-favorite, a playbook opener, and someone who could ignite fire into the franchise and give it a new coat of paint after an ugly Super Bowl loss.

Kordell Stewart was all of that and more. Unfortunately, he played in the wrong era of football, about 20 years too early. 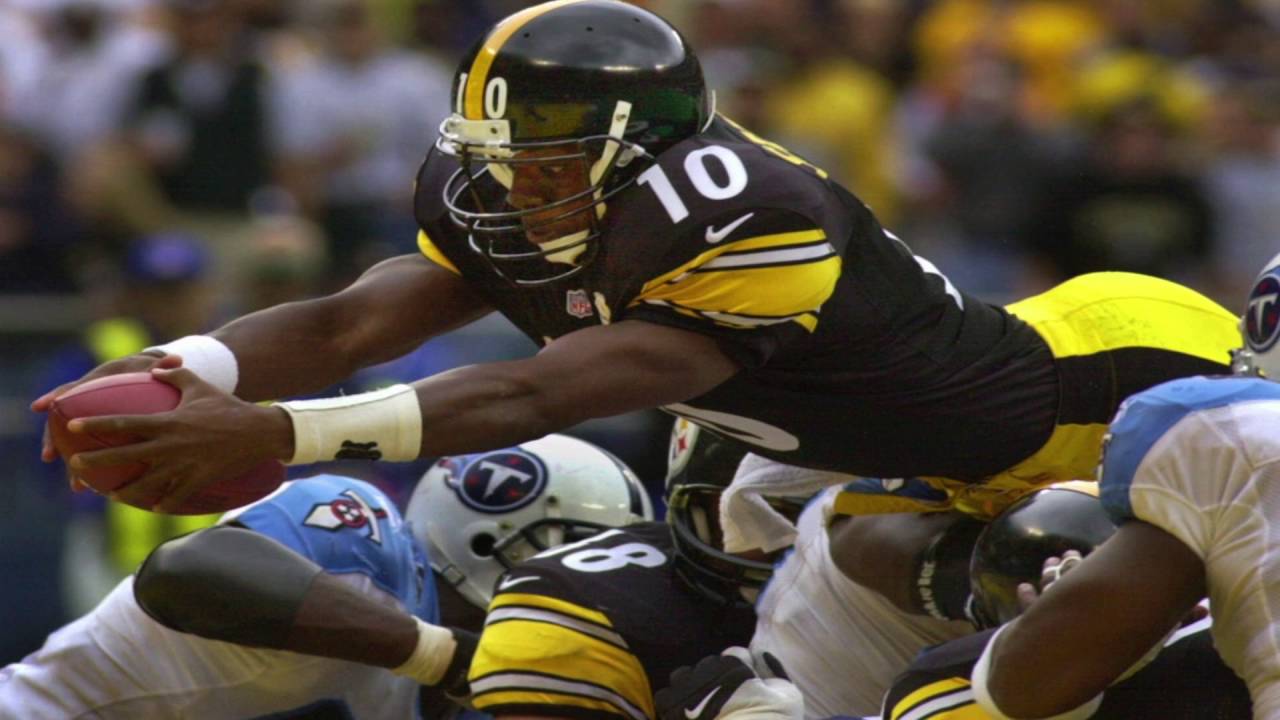 Front offices across the league would salivate at this opportunity today; and the Steelers had that exact man as their go-to passer for six seasons. As a player who could tuck it and run when needed, and escape the pocket to make a secure throw when things got tricky, Stewart reminds many fans today of superstar quarterbacks who make half a billion dollars doing the same thing (for the record, Stewart in his heyday was not better than Patrick Mahomes, but their play styles are comparable).

The entire game has shifted towards this playstyle. Old guards like Philip Rivers or Peyton Manning dominated for a very long time, but are slowly being fizzled out (Tom Brady is the exception, not the rule). Around the league, quarterbacks have become more versatile, much faster and more agile, and less reliant on the pocket to protect them.

Sound familiar? It should. Steelers’ Kordell Stewart gave Steeler Nation that for years.

Clearly, he would’ve been a country-wide household name in 2021, and would’ve been given more opportunities to succeed. Certainly, no team would force him into a role as wide receiver. But in the 90’s, that’s exactly what happened. Stewart was viewed as a gimmick, as a surprise to opposing defenses, but not the main offensive course.

The league simply wasn’t ready for him and other mobile quarterbacks of the time, though some did find success (looking at you, Randall Cunningham).

Not only could Stewart throw for a few thousand yards in a given season, but he could also make you pay on the ground, scampering for 300-400 yards as well. Lamar Jackson puts those numbers to shame nowadays, but Stewart was a phenomenon in his time, especially in Pittsburgh. Altogether, Stewart was a franchise quarterback who played 20 years too early, and was therefore relegated to someone who could never truly translate his immense talent into a tenured career.

His team around him was solid, with deep playoff runs and only two losing seasons during his eight total years with the club. Maddeningly though, was his coaching carousel of coordinators. Stewart had to endure four different offensive coordinators during his starting years, leading to some serious discombobulation, especially considering that his playstyle was so rare and underused.

Stats don’t lie, but they do occasionally mislead: placed into a modern option-focused offensive scheme, Stewart’s stats would’ve ballooned him into stardom. Combine that with modern rule changes focused on protecting quarterbacks and increasing offensive production, and we are currently in a golden era for mobile signal-callers. 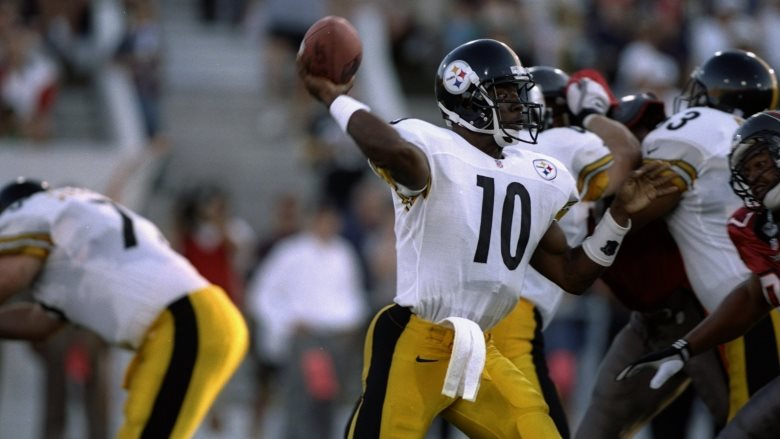 Sure, he was underutilized. But he would’ve been undervalued anywhere he went to play. Teams with mobile quarterbacks at the time were considered gimmick shows; illegitimate, unsustainable, and separate from the real deal. Now, we’re seeing a slow shift to the opposite, though it is a glacial transition.

Stewart remains a huge what-if in NFL history. Despite a lack of offensive consistency, an era of football unsuited to his talents, and a team with a defense-first culture, Stewart still found success and gave Steelers fans in the 90’s some incredible moments. Most of those sorts of tough hurdles are nowhere to be found in today’s NFL, and Stewart would’ve almost certainly flourished. It’s hard to imagine “Slash” not being a legitimate starter in the modern league.

What Can the Steelers Now Expect Out of Kendrick Green in 2022?
How The Steelers 2021 Preseason Offense Provides Hope For 2022 Regular Season