Apparently, the NFL enjoys flaunting the Pittsburgh Steelers brand outside of Heinz Field. Although it might be a great marketing strategy to start one of the most popular brands on the road, it certainly doesn’t make any Steeler Nation faithful happy. We’re about to begin the 2022 regular season on the road once again, this time in Cincinnati to take on the defending AFC Champion, Bengals. Questions are looming large for this off-season: Can the Steelers keep up with an ever-competitive AFC North? Will rookie first round draft selection Kenny Pickett be the starter for this upcoming season? Will Baker Mayfield ever stop being a bad quarterback? These are the most pressing questions on the minds of Steelers fans, but one thing is for certain: Heinz Field hasn’t seen Week 1 action in a very long time.

Allow me to take you back to September 7th, 2014. The Steelers are coming off two back-to-back seasons which saw them escape with a .500 record. Expectations were tempered, considering the mediocrity that preceded them in 2012 and 2013, but fans were excited to get those memories behind them: the lowly Cleveland Browns were in town. 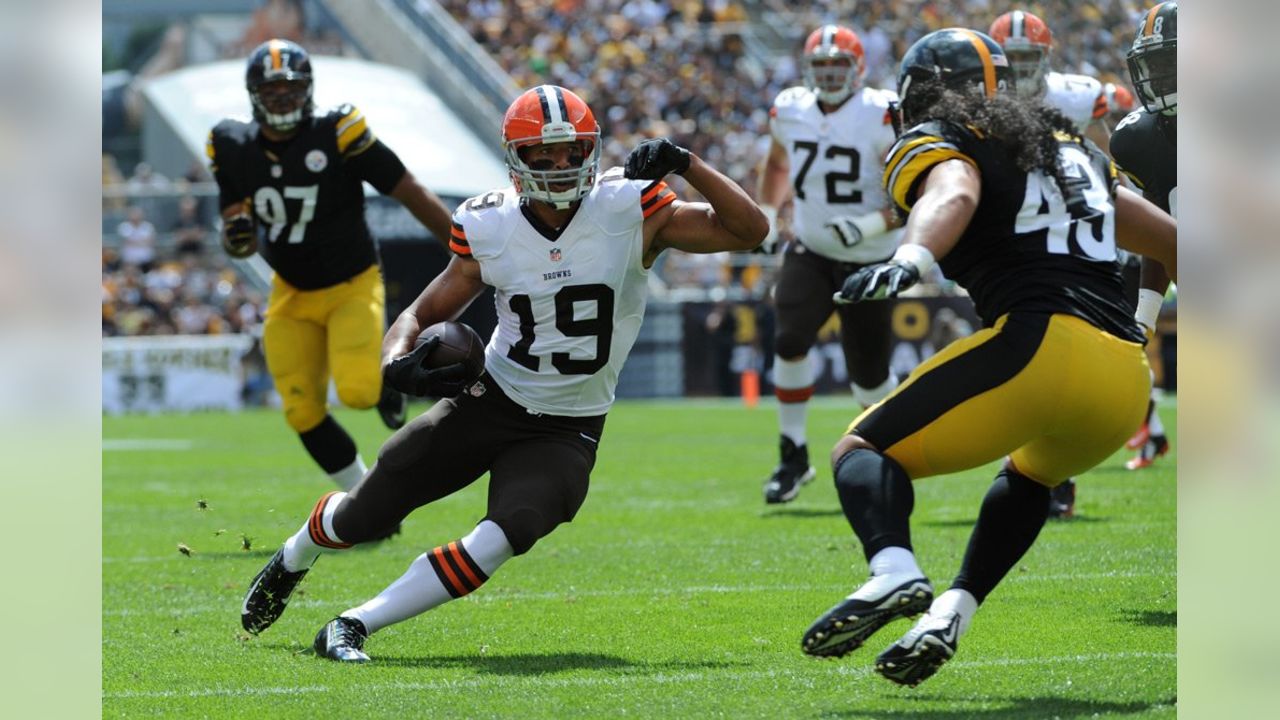 The Browns were in the middle of an impressively long streak of losing seasons, with their last winning effort up to that point coming in 2007 (they wouldn’t see another winning season until 2020, but Steelers fans don’t like to talk about that playoff game). Coming off of an eye-popping 4-12 season in 2013 with Head Coach Rob Chudzinski and starting quarterback Jason Campbell, the Brownies would go on to finish the 2014 season a lackluster 7-9 (with a new coach and quarterback, by the way). The Steelers would be primed for a feast in Week 1, and through the first two quarters, they got what they expected.

The Killer B’s were in full swing through the first half, with Roethlisberger connecting with Antonio Brown for a 35-yard score in the second quarter to put the Steelers up 17-3. Le’Veon Bell would pile it on for Pittsburgh, bringing it to a 24-3 blowout after a now world-famous punt return by the now-disgraced Pittsburgh star, which saw him Sparta-kicking Browns’ punter Spencer Lanning in the face. The moment went instantly viral, making Brown even more famous than he already was, and the Steelers were on their way to a 1-0 start to the 2014 season. 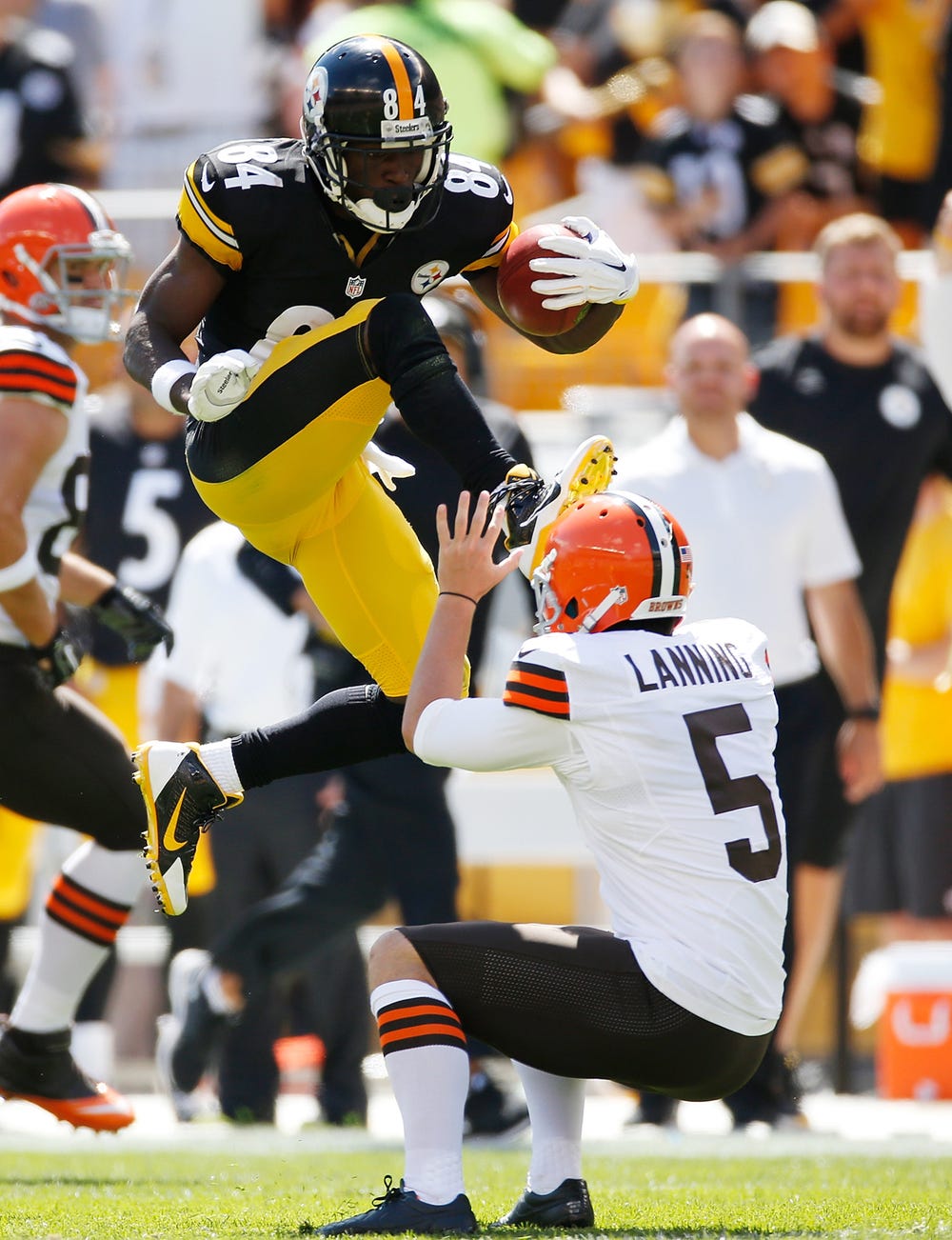 That is, until the Browns realized that they are an NFL-caliber football team, and almost completed the upset.

What started as a cruise to a solid win to crown the new season ended as a tale of two halves, a nail-biter with fans on the edges of their seats (what else is new?). Browns running back Isaiah Crowell would have a monster third quarter, exposing the Steelers front seven and bursting in for two touchdowns, cutting the lead down to 10. After a few failed drives by Pittsburgh, Browns’ quarterback Brian Hoyer would start to turn it on, picking apart the Steelers’ secondary for a score early in the fourth quarter. Combined with a Billy Cundiff 25-yard boot, the Browns would complete the comeback. However, it wouldn’t be all sunshine and rainbows for Cleveland.

Steelers kicker Shaun Suisham would launch a 41-yarder through the uprights as time expired to end the heart attacks across Pittsburgh. No overtime needed here: The Steelers would win 30-27.

An impressive first week game at Heinz Field left fans excited for the rest of the 2014/15 season, but that would be the last time Steeler Nation would feel that Week 1 excitement in the Pittsburgh air. Eight seasons later, the Steelers are designated to start on the road once again, and Pittsburgh’s fans are starting to grow tired of the league’s antics.

For reference, since that Week 1 battle, the only Steelers players left from the 2014/15 season are defensive monster Cam Heyward and the aging Stephon Tuitt (though his return is questionable). The rest of the 53-man roster has been completely exchanged for newer, younger talent. Even the coaching staff has gotten a new coat of paint since then (minus the ever-present Mike Tomlin), with Dick LeBeau and Todd Haley exiting Pittsburgh since that season.

Through ups and downs, there are certain constants of the Pittsburgh Steelers: They will not experience a losing season, they will have incredibly talented wide receiver rooms, Cam Heyward will continue to be underrated, and they will not start a season in their home stadium. Pittsburgh residents are certainly raising their eyebrows once again at the league’s apparent cold-shoulder to this weird statistical anomaly.

When will the Steelers see another home opener in Week 1 again? Let us know in the comment section below!