Ryan Shazier On Steelers Quarterback Mitchell Trubisky “They Didn’t Use Him The Right Way.”

Ryan Shazier On Steelers Quarterback Mitchell Trubisky “They Didn’t Use Him The Right Way.”

Former Pittsburgh Steelers Pro Bowl linebacker, Ryan Shazier made an appearance on the ESPN podcast, Keyshawn, JWill & Max on May 10th to give his opinion on the league’s biggest quarterback question: Who is the starter for the Steelers in Week 1?

Shazier, before his now-infamous injury in a Week 13 game against the Cincinnati Bengals in 2017, was one of the most electric players the league had to offer. His blistering speed and football IQ were second-to-none, and the former Ohio State Buckeye was the unequivocal leader of the Steelers defense during his time. His impact on the Steelers as well as the league made him a fan-favorite, and his nonprofit work with The Ryan Shazier Fund for Spinal Rehabilitation keeps him in fan’s good graces everywhere. He has become a beacon of hope and a model for perseverance for millions of people around the world. Ryan Shazier and his wife Michelle, via People.com.

Today though, his mind was elsewhere.

Shazier, now an announcer for the Fan Controlled Football League on Twitch, DAZN, and NBC Peacock, needed to weigh in on the quarterback controversy happening in Pittsburgh. The Steelers notably signed free agent quarterback Mitch Trubisky in this year’s off-season, marking what seemed to be the end of a very heated quarterback discussion. Then, the Steelers decided to take a swing in the 2022 NFL Draft, locking in rookie Kenny Pickett, the former Heisman finalist out of the University of Pittsburgh at number 20 overall. 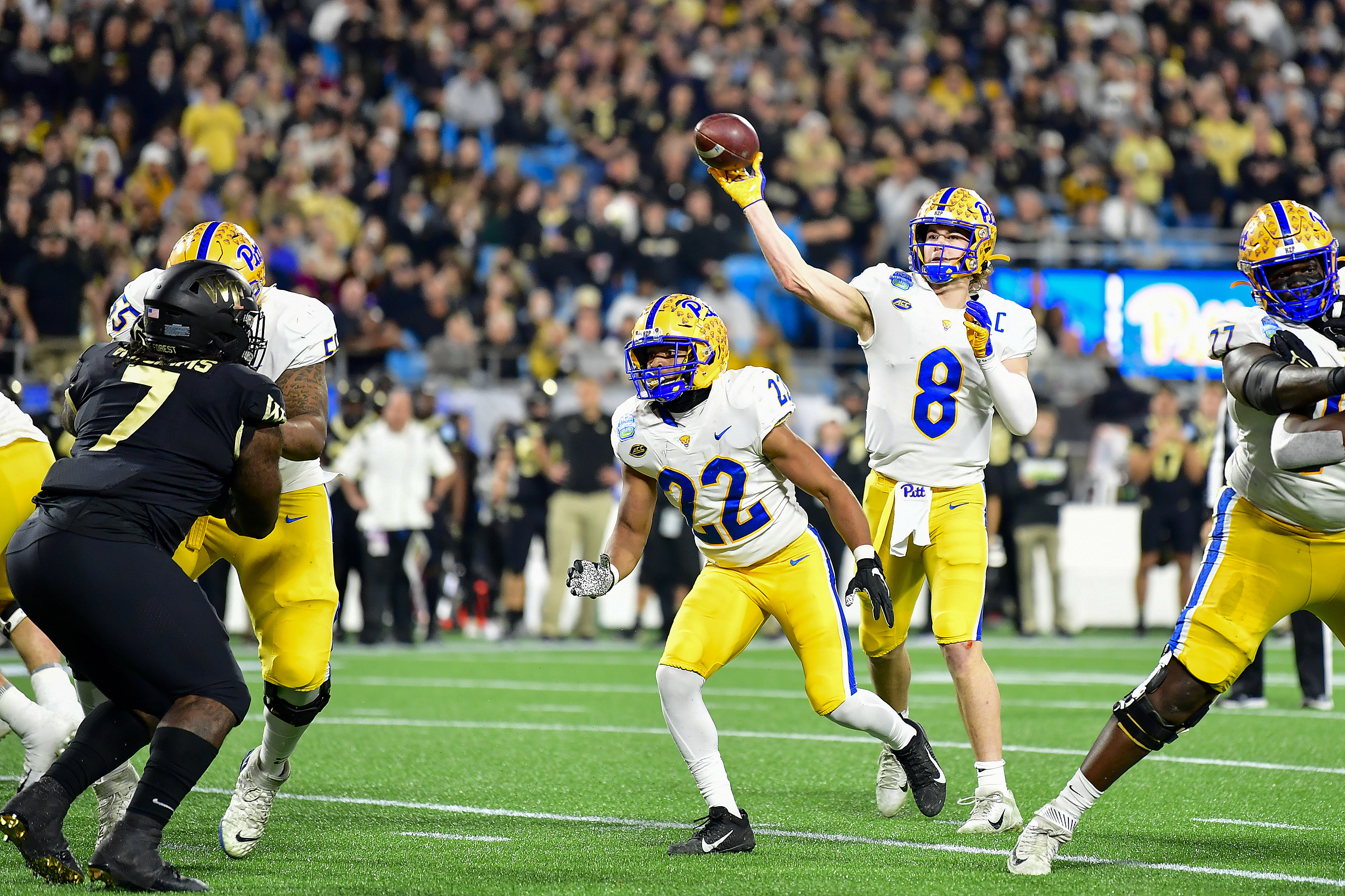 Since draft night, the conversation has moved to one singular topic: Who should the Steelers start? Do you lean on experience and start Trubisky, a quarterback who has yet to fully prove himself, but seems to have considerable upside? Or do you roll the dice and start Pickett, who, obviously, has gotten zero chance to prove himself in the league, but lit the college football landscape on fire in 2021? Either way, Shazier was ready to see the action unfold.

Shazier saw the upside in Trubisky from his time as a starter for the Chicago Bears, where the coaching staff was rightly criticized for not letting Mitch play like Mitch:

“The Steelers understand, like ‘hey, we have Mitch Trubisky, and he has the ability,’ and I don’t like to say he’s Patrick Mahomes or anything, but he plays like him, he likes to be on the run, and when he was in Chicago they tried to keep him in the pocket.”

Shazier echoed the frustrations of many Bears fans from that time, saying:

“They didn’t use him the right way.” 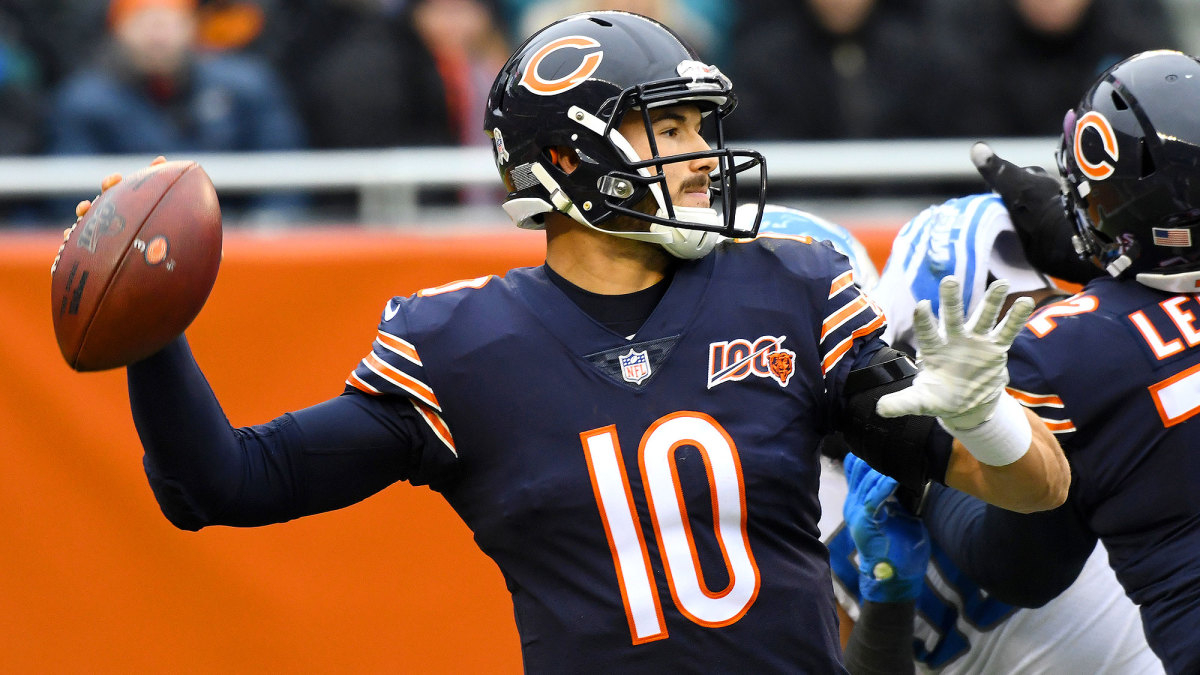 Still, like many Steeler Nation faithful, Shazier couldn’t help but get excited about the first-round rookie Pickett, citing how he was worth the draft capital:

“When Kenny was at Pitt, the one thing about him is that he just kept improving every single year, and he almost improved all the way to winning the Heisman trophy.”

Shazier emphasized the positive impact that a quarterback battle will have on the quality of play from both Trubisky and Pickett when the time comes, and made sure to remind everyone of just how young they are. When asked about the utter strength of the competing quarterbacks in the AFC North, Shazier didn’t seem phased, noting that:

“Everyone thought the Browns were going to the Super Bowl.”

Ryan Shazier overcame every single obstacle following his injury, and did it all with an optimistic attitude. So he’s not one to believe in pessimism, especially when it comes to his former team. Despite the quarterback uncertainty, Shazier believes that the Steelers are actually poised to go on a run, saying:

“We’re gonna get the best out of whoever’s starting. So I feel like the Steelers have something cooking there, and I think it’s gonna be a much better season than people think.”

Who do yinz think will be the starter in Week 1? Comment below to let us know!

Steelers Waive 3 Players Including LB Tegray Scales
Is Steelers All-Pro Cam Heyward the “Bridge” Between Past and Current Teams?