The Pittsburgh Steelers sent a pretty loud and clear message to the 24-year old linebacker in May when they declined his fifth-year option. They want him to prove he deserves another contract.

Devin Bush Jr. chipped in with five tackles, including two solo as the Steelers defeated the Cincinnati Bengals 23-20 in an overtime thriller to open the season in Ohio. His “willingness to stick his head into the pile” play earned some praise from Steelers NFL beat writer, Mark Kaboly in his postgame column, specifically on a play where his blitz led to Alex Highsmith hitting Joe Burrow and knocking the ball free for Cameron Heyward to recover. 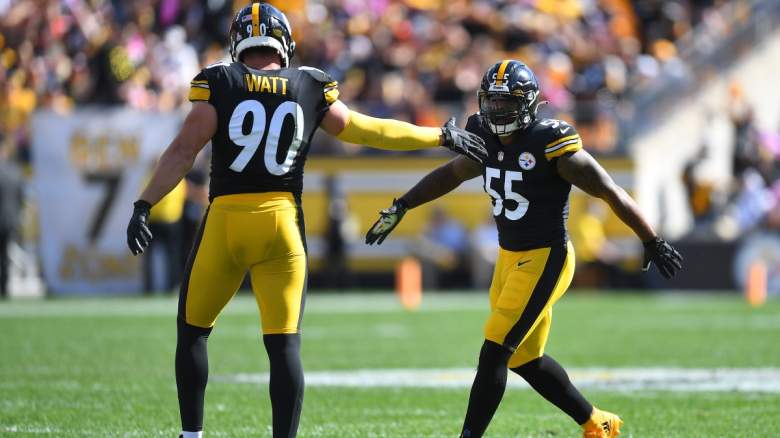 Bush played in 51% of the snaps in the game and earned a PFF grade of 49.2 for one of the lower grades on a day where the defense was the bright spot of the game for the team with seven sacks, four interceptions and a touchdown.

When head coach Mike Tomlin spoke to reporters on Tuesday he downplayed the performance of the linebacker against the Bengals.

“I wouldn’t call it a big step forward, but I imagine you guys would because that’s the narrative you’ve been slinging. He did what we expected him to which is winning varsity football.  “

Kaboly writes about the 10th overall pick out of Michigan in the 2019 NFL Draft that Bush is closer to what we saw of him in his rookie year when he had two interceptions and recovered a fumble for a touchdown against the Los Angeles Chargers in Week 6.

The 5’11”, 234 lbs linebacker was compared to Lavonte David in Matt Miller’s scouting report on Bleacher Report. He highlighted his athleticism and his smarts, especially in getting to the quarterback, holding his own in the passing game, and taking away the outside run with his speed.

The Hollywood, Florida native registered 109 tackles, including 72 solo and added nine for a loss starting in 15 games in his first year. He became the first Steelers rookie linebacker to hit the 100 tackle mark. His six takeaways led all rookies, and tied for fourth in the NFL.

Then Bush tore his ACL in Week 6 and ever since coming back from the injury, he’s played very tentatively, and raised questions about his future in the organization. Bush’s box score numbers took a tumble in 2021, in his full year back from injury. He started 14 games, managing only 70 total tackles and only two tackles for a loss.

It’s a good sign to see the young linebacker starting off the season with a solid effort in game one. His training camp and preseason left more to be desired and on the first depth chart of the season, the starting linebacker, beside new addition Myles Jack, was listed as Bush or Robert Spillane.

Brian Flores is the other fresh voice in the Steelers defensive room who should help Bush to regain his first-year form. The former New England Patriots longtime assistant coach and Miami Dolphins head coach from 2019-2021, joined the Steelers in 2022 as a senior defensive assistant and linebackers coach.

The early returns from game one are good for Bush if you ask fans and analysts like Kaboly. The young linebacker opened the year on the right foot. Now, can he build on it? Up next, Bush plays against the team he opened his career against in a visit from the Patriots for the home opener. It will be another chance for Bush to show off the talent he has that made him the number 10 overall pick in 2019.

Steeler Nation, what did you notice about Bush’s performance against the Bengals? Do you think the additions of Flores and Jack can help Bush get back to his rookie form? Does the 24-year-old stick around in the Black and Gold? Let us know in the comment section below.

Coming to the Steelers home opener against the Patriots? Come tailgate with us! All you can drink and eat. Click here.

Hello Steeler Nation! I hail from the great city of Kingston, Ontario, Canada, hometown of The Tragically Hip. I grew up a Steelers fan because my uncle is and he used to live there. I saw the Steelers beat the Bengals at Heinz Field in 2017 in my only visit to Pittsburgh.

Steelers Offense, Not Defense, Will Be Most Important X-Factor Until T.J. Watt Returns From Week 1 Injury
Steelers’ Chase Claypool Flashes Top 3 Skill with 2022 Debut Against the Cincinnati Bengals